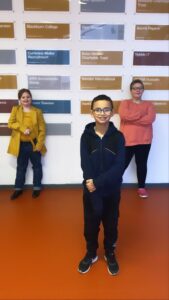 Blackburn Youth Zone pledged to feed disadvantaged children over the school holidays as they joined a wave of public support for a campaign led by the England and Manchester United footballer Marcus Rahsford.

Following the news that central Government food schemes will not be available for families during the October half-term holiday, Blackburn Youth Zone took swift action to ensure nobody goes without.

“I really appreciate Blackburn Youth Zone giving us food, we never take it for granted. We just want a hot meal.”

“During the pandemic, we have worked closely with BwD Local Authority and Voluntary Sector partners to ensure families’ basic need of food has been met. Since March we have distributed 23,000 free meals.

This is a challenging time for many young people and we understand half terms can put more pressure on families. Over the October half term, we provided free holiday provision, our usual clubs and free meals to any member who needed our support.”